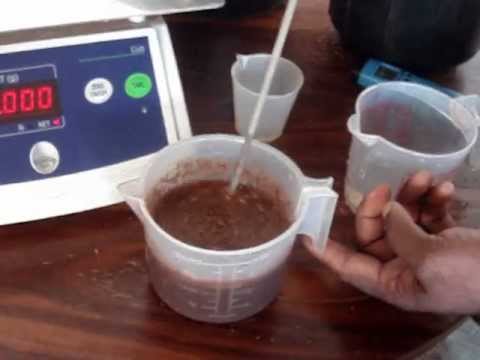 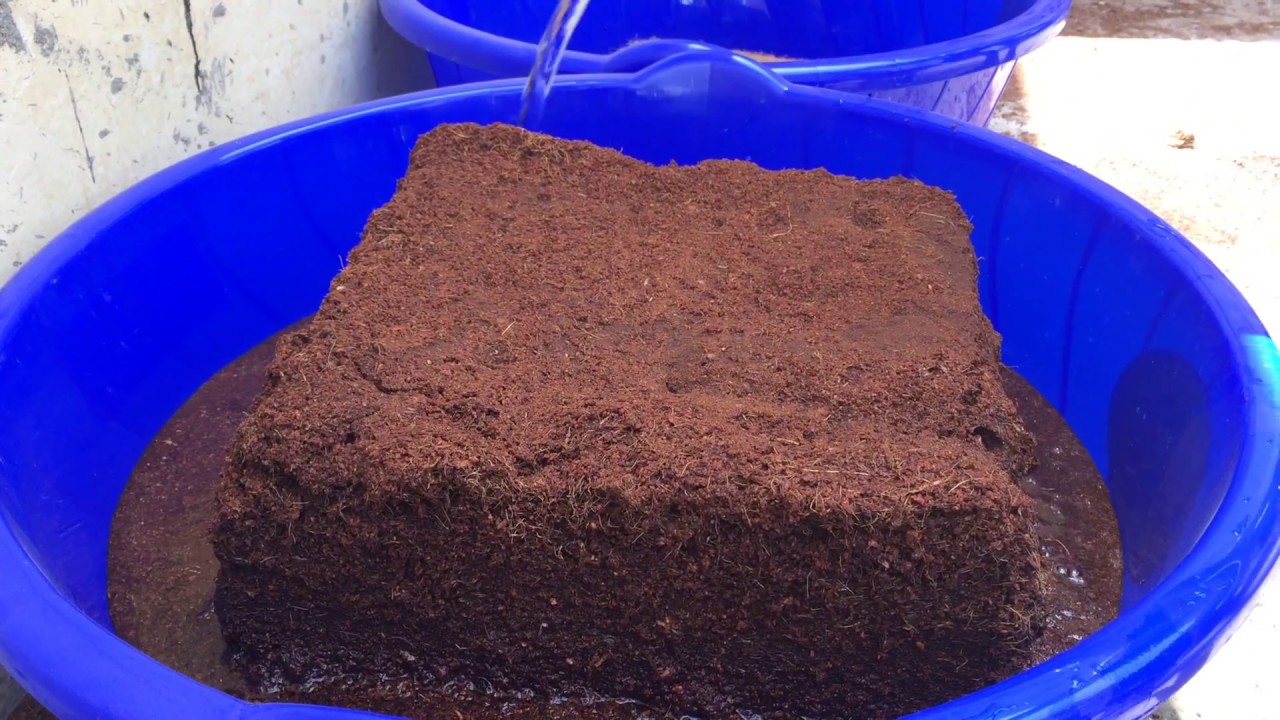 The following are the methods of testing some important properties of cocopeat. Some suppliers may follow a different method from the methods described below. Unless specified otherwise in the quotation, the testing methods for different major properties of cocopeat shall be as below. There is no standard specified for testing cocopeat, however the following methods describe industry accepted methods of testing

This is the method followed by us generally. It is also comparatively stringent than the dry method. This method is followed by suppliers to European countries. It is also referred to as 1:1.5 method.
Take samples of the cocopeat, either from a single block or from a number of blocks. Crush the compressed cocopeat by hand to powder it. Rub between the palms to separate the cocopeat from the fibre.
Measure the EC of demineralised water or RO water (ECw) using a calibrated hand held EC meter. Mix the cocopeat with just the right amount of demineralised water to fully expand the compressed particles. One way is to mix three times the weight of the cocopeat to be tested (30ml of water with 10g of cocopeat). Take 100 ml of this mixture and to it add 150 ml of demineralised water.
Stir well and allow to soak for about 15 minutes. (Usually for cocopeat the EC doesn't change much after one minute. But for coconut husk chips the soaking is very important and the recommended time is 30 minutes). Strain the cocopeat and collect the solution in a glass or plastic container. The cocopeat may be pressed during straining using a spoon.
Measure the EC of the solution with the EC meter (ECc). Ensure that there is sufficient quantity of the solution to completely immerse the measuring tip of the EC meter, otherwise the readings will be erroneous.

In this method after the fibre is separated, the dust is not wet with water. One part of dry dust is mixed with five parts of demineralised water by volume (100 ml to 500 ml). Stir, soak and strain the solution and measure the EC (ECc).

The EC of cocopeat is measured by the formula ECc-ECw (mS/cm)
Apart from this there are other methods followed such as 1:2 wet method and 1:3 dry method. Some buyers in India use 1:10 gravimetric method. However, volumetric method is always preferred over gravimetric method as sand content can affect resultsin gravimetric method.
While measuring the raw materials for quality control, less water should be used for measuring EC as EC increases with drying and compression.

pH is measured in the same method as EC using hand held pH meter. The most popular method for pH however, is 1:5 dry method. But 1:1.5 wet method gives a more realistic pH reading. Ensure the water used for measuring pH is neutral (7.0). The pH reading of the solution directly gives the pH of the cocopeat.
Another method of measuring pH would be to add pH neutral water 5 times the weight of the cocopeat (500 ml to 100 grams). This quantity of water would completely soak the cocopeat imitating growing conditions. Allow to soak for 15 mins, squeeze the material and measure the pH of the solution. This method usually gives a lower pH reading than other methods.

Break a large piece of cocopeat from a single block. Weigh the cocopeat (Wc). Crush the cocopeat by hand into dust. Then rub the cocopeat powder between the palms of the hand so that the dust falls down and the fibre stays in the hand. In this way, separate all the fibre from the dust. Some tiny fibres may be allowed to fall down with the cocopeat. Repeat till the fibre and dust are separated satisfactorily. Weigh the fibre (Wc). The fibre content is given by the formula.
Fibre content = Wf/Wc x 100%
Fibre measured by sieving can give varied results as there is no standard for mesh size, wetness and due to cocopeat particles clinging to clumps of fibre during sieving.

Break off a slice of the cocopeat block so that the slice measures 1 kg. In a large tub filled with water immerse the 1 kg slice till it completely expands and floats in the water. The floating cocopeat are removed first by hand and later by carefully decanting the tub. Repeat till all the floating cocopeat and fibre are removed. The sediment contains heavy husk particles and heavier sand particles. Slowly swirl the sediment with a small quantity of water and pour out the swirling heavy husk particles with the water. Repeat till only the sand is left in the tub. Dry and measure the weight of the sand (Ws) in grams.
Sand content is given by Ws/1000x100%

Break off a slice of the cocopeat block so that the slice measures more than 1 kg. Break and crush the slice by hand into dust particles. Remove the fibre by rubbing between the palms.
Measure one kg of the dust and add to a large tub. To the dust slowly mix three litres of water and completely expand all the cocopeat particles. Measure the volume of the loose expanded fluffy cocopeat without compacting on a litre by litre basis. The number of litres gives the expansion or breakout volume.

Break off a 1 kg slice of the cocopeat block. Place it in a tub and add water slowly to completely expand the cocopeat. Continue adding water till water is no longer absorbed by the cocopeat. Transfer the cocopeat on to a mesh so that the excess water is drained. Measure the weight of the wet material after one hour (W kg).
Water retention is given by (W-1)/1x100% 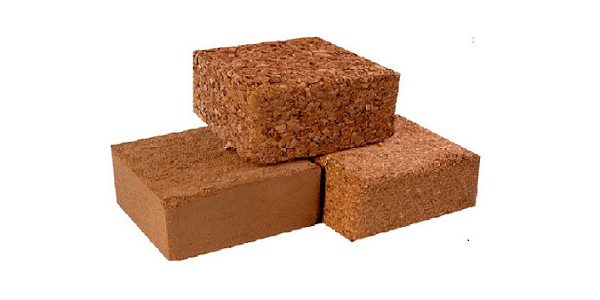 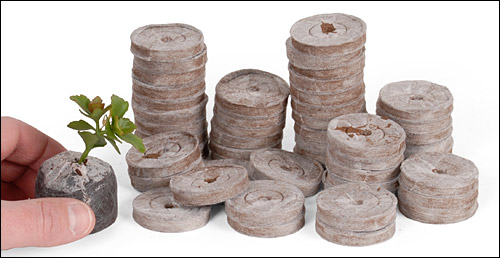 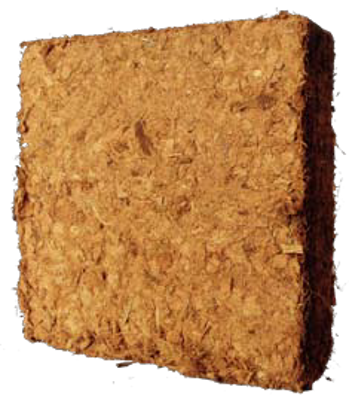 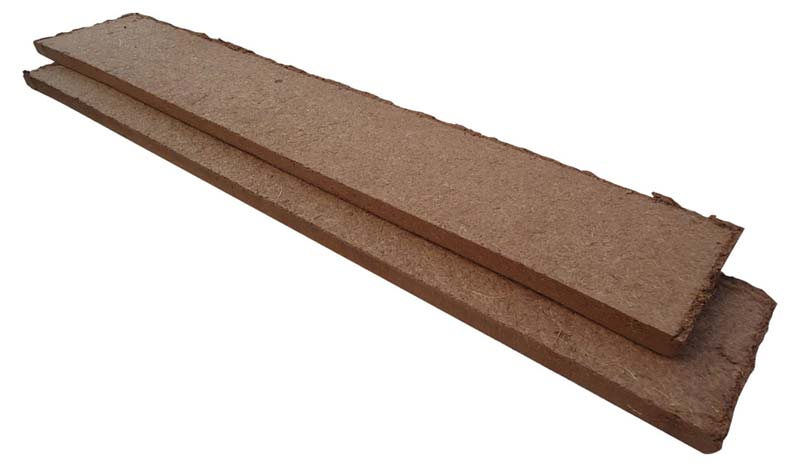 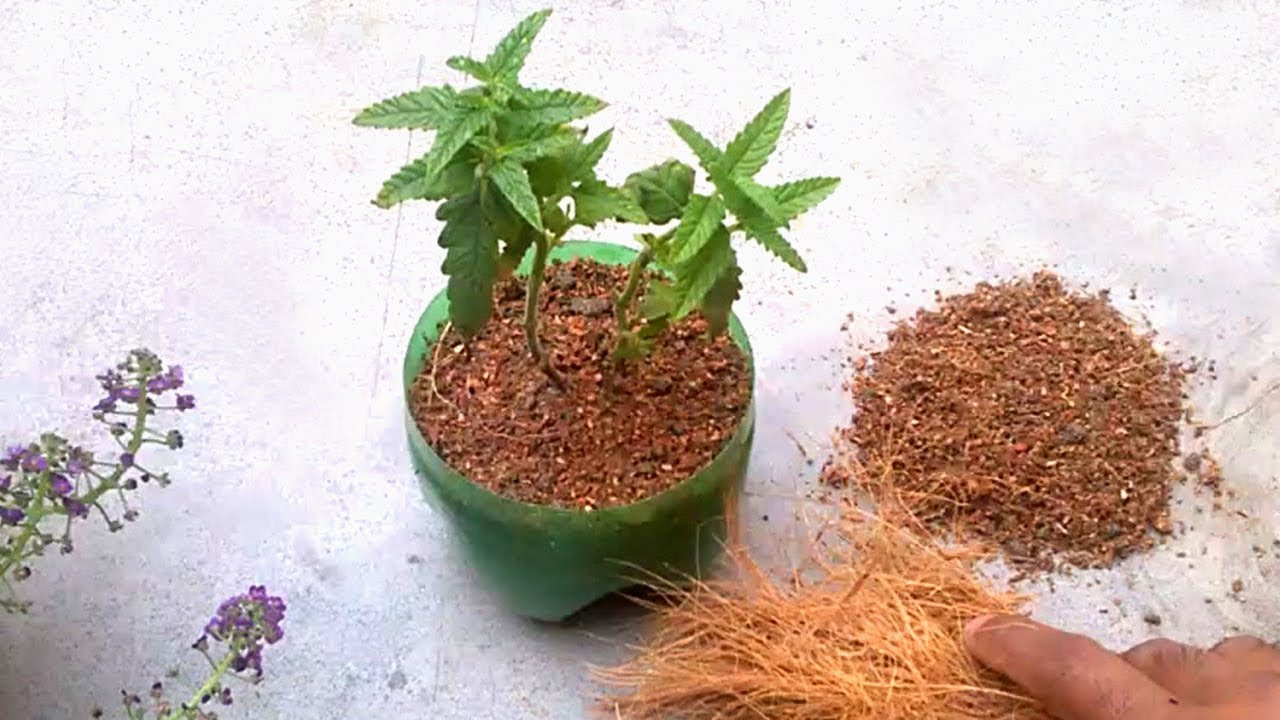 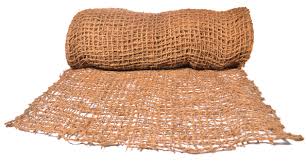